The Boeing Delta 2 rocket will launch NASA's Dawn spacecraft that will use an ion propulsion system to visit and orbit the asteroids Vesta and Ceres. This program was delayed from June 06 to Nov 06 for a program review. My good friend, Wendy, forwarded me this link, and I thought this was cool.

Click here to send your name to the Asteroid Belt!!!

More about the mission: http://dawn.jpl.nasa.gov/
Posted by Damaris Sarria Toepel at 11:02 AM 3 comments: 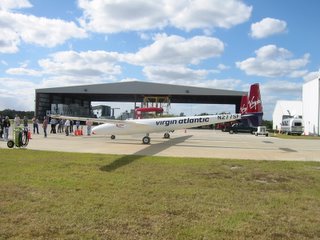 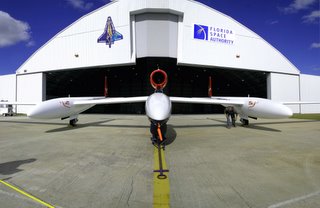 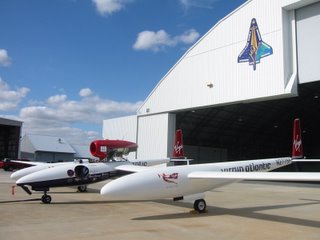 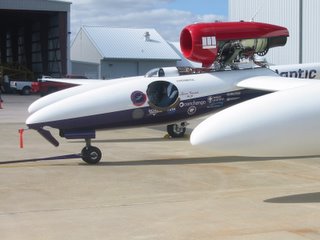 The Atlantic GlobalFlyer is currently awaiting departure from KSC. It is statused at Code Red until at least February 6th. Due to the Chinese New Year's holiday, the China government bureaus are closed till Feb. 5th and an overflight permit has to be issued. The GlobalFlyer is in the Shuttle Landing Facility (SLF) hanger. Here are some pictures of the aircraft.

Fossett will set the record for the longest flight of all time aiming to fly around 4,000 miles further than any plane or balloon has flown. Steve Fossett will again fly solo, non-stop and without refuelling in the Burt Rutan designed Virgin Atlantic GlobalFlyer - the same aircraft in which he successfully circumnavigated the globe (covering a distance of 20,373 miles / 32,786 km) in March 2005.