I think I would enjoy this view! 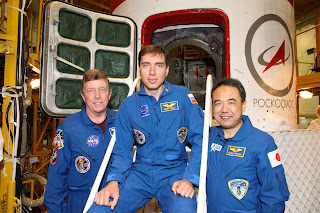 Want to ask a question to an astronaut in space? Now's your chance! If you have a question for the commander of the International Space Station, let SPACE.com know! This Wednesday (Oct. 19), SPACE.com will be speaking to NASA astronaut Mike Fossum, who is currently living and working aboard the station. He also happens to be my favorite Aggie!http://www.space.com/13303-space-station-astronauts-reader-questions.html
Posted by Damaris Sarria Toepel at 11:17 PM 1 comment:

August-October 2012 - Interviewees brought to JSC for preliminary interview, medical evaluation, and orientation. Interviewees will be selected from the Highly Qualified group and contacted on a week-by-week basis.