The Shuttle Launch Experience at the KSC Visitor Complex!

Yesterday I attended the grand opening of the new ride, The Shuttle Launch Experience, at the Kennedy Space Center Visitor Complex. It was a very nice event. It started off with an intro from Dan LeBlanc, COO of the KSC Visitor Complex, and he recognized all the companies who helped with the success of this new attraction. A parade of flags followed, as well as singing of the National Anthem, and a briefing from Jeff Kottkamp, Lieutenant Governor of Florida. Then, John Young and Bob Crippen introduced 36 other astronauts. The ceremony proceeded with the ribbon cutting and the 38 astronauts ventured into the ride first. Following the astronauts, I had the opportunity to test out the ride. IT WAS AWESOME! Charlie Bolden is the host during the ride and he really does a great job. There was humor built in to it as well as an educational aspect that really teaches one about the critical stages during launch. What I loved most about the ride was the takeoff. The seat was vibrating to simuate launch and I could definitely feel my cheeks flapping. (However that could be because I was born with big cheeks. Ha ha!) The simulated microgravity feeling was cool too. Definitely a ride you'd want to check out!!!!!

The Boeing Company donates $10,000 to the Astronaut Scholarship Foundation 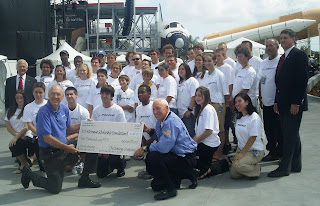 Posted by Damaris Sarria Toepel at 2:48 PM No comments:

Working at the Johnson Space Center for the day.....

I just got back to Orlando from Houston. Today I participated in a simulation of inspecting on-orbit imagery of the Orbiter's RCC panels. I was able to become acquainted with the criteria and different types of discrepancies the inspection team may encounter during the actual mission. During re-entry, the underbelly of the Orbiter heats up far less than the leading edge of the wings or the Orbiter nose cap. Hence, evaluation of these RCC components is very critical for the safe return of our astronauts.

Now, I have to continue typing my research proposal for school. I have finals coming up and only about 3 weeks of school left! Yikes!

Citizens for Space Exploration of the Cocoa Beach Area 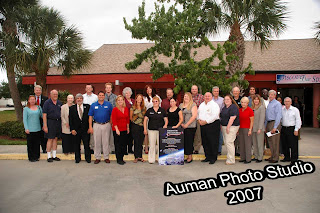 This picture was taken of the Blast Off reception, before we headed out to Washington D.C.!
Posted by Damaris Sarria Toepel at 6:10 PM No comments:

Back from D.C....but now off to Houston

I had a great time in Washington D.C. I did not get to do much sightseeing but my group and I were definitely busy with our appointments. Most of our appointments were with the Senators and Representatives from Virginia, and a Senator from Nevada. In each appointment, we took turns expressing ourselves of the benefits of NASA and how they have impacted our lives.

I now have to go pack to catch a flight to Houston. Tomorrow I will be participating in a mission simulation with the LESS (Leading Edge Subsystem) group which will involve inspecting in-flight imagery for any discrepancies on the RCC (Reinforced Carbon-Carbon). RCC is used to protect the Orbiter's nose cap, chin panel, and wing leading edges from the highest expected temperatures and aerodynamic forces. It also is used in the arrowhead area at the forward section of the orbiter where the external tank is attached. I'm very interested in learning more with the LESS group as I have mostly been involved with the TPS imagery. 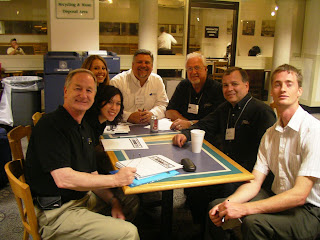 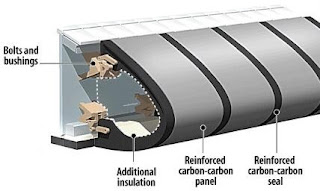 Posted by Damaris Sarria Toepel at 11:38 AM No comments:

27 teams have been organized by the Citizens for Space Exploration for their annual Congressional office visits to show and voice their support for Vision for Space Exploration. My flight leaves in the morning and I still need to pack. I've been working on school all weekend so I don't get behind while I'm in D.C.

Let me tell you about Saturday....I participated in the 2007 Muddy Buddy and it was a blast! Except for one thing....
The race was supposed to be a Bike/Run type of trail. I started off running and my "buddy" started off biking. Obviously, he would reach the first obstacle course, drop the bike, and run to the next obstacle course. Then I would finish the first obstacle course and jump on the bike to ride to the next one so we could switch out. However, it didn't quite work out that way. At the first obstacle course, I couldn't find the bike!!! I spent 15 minutes looking for it. So I had to run to the next course....As I was hoping that my "buddy" and the bike would be there after I completed the second obstacle course, I was so wrong. I spent about another 10 minutes looking for the bike and had to keep on running. Mind you, its about 1.5 miles between each obstacle. So I'm a little tired at this point and frustrated as other teams are at least getting the "break" from running by switching off to the bike. I finally arrive to the 3rd obstacle and found my "buddy"!! It just so happened that some lady took off with our bike and hydration pack! She thought it was hers, which I didn't understand because our race number was on the bike! So I finally get my one chance on the bike and when I reached the 4th obstacle, it was back to running until I reached the 5th obstacle...THE MUD PIT. The person who arrived with the bike at the obstacle had to wait for the runner teammember and it was required to crawl through the mud pit together before reaching the finish line. The obstacle courses were really cool: balance beams, rock wall/ropes, rope wall/slide, and over/under bars. It was such a great event. However, I am a little sore! I didn't take my camera so I am waiting for my friend to send me pictures of us during the event. I'm still trying to get the mud stains out of my running gear.


::UPDATE:: Space Shuttle Atlantis will be rolling out on Wednesday around 4am!!! Don't be surprised however when you see the External Tank looking a little "speckled"!

Everyone have a great week. I'll be sure to post up pictures of Muddy Buddy when I get them...but for sure be prepared for some Washington D.C pictures during the week!!!
Posted by Damaris Sarria Toepel at 1:18 AM No comments: 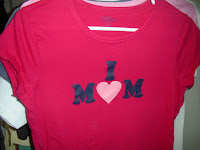 Posted by Damaris Sarria Toepel at 4:53 PM No comments:

We had a tie! The grand prize winners for the 2007 NASA Means Business Student Competition were:

Let me summarize this competition. We need a strategy to engage middle and high school students in the fields of Math and Science. The current methods of teaching are no longer effective. The same methods that are used in the classroom today are the same methods educators have used for decades. We to have to reach out to the students using methods that they can relate to and tailor activites to grasp their attention. We live in a world today that is changing rapidly similarly to the new technology for communication at their fingertips. These students in the competition used their collaborative creativity to generate methods to target young students and their educators.

In my opinion, all teams did an outstanding job. Now that I have entered the workforce, I do miss one thing about college. The enthusiasm. All these students were enthusiastic and passionate about the subject with a "we-can-do-it" attitude. They all inspired and motivated me in many ways. I was able to make some new relationships with these students and offered my help in either as a speaker at events/schools or answering any questions they may have. I left very impressed and hope these students continue to make a difference and reach out to the public. I enjoyed the oppportunity in judging this event.
Posted by Damaris Sarria Toepel at 9:02 PM 1 comment:

In the Vehicle Assembly Building (VAB), foam repairs for the External Tank (ET-124) to be used for STS-117 (launch date June 8) continue. Spray foam repairs began last week on the top of the ET. Currently, Atlantis is scheduled to rollout to launch pad 39A on May 16.

You have to take a look at these sites! This week I am a judge for the NASA Means Business Student Competition and yesterday the 7 finalists presented their strategies on ways to encourage math and science in middle and high school students, as well as the general public. Along with their presentations, each team was required to develop a Public Service Announcement (PSA). Finalists were encouraged to employ the tools of advertising, marketing, communication, radio, television, film, journalism, etc. You can view some of the GREAT work these students developed on their websites. Tomorrow me and the rest of the judges will decide the grand prize winner! I'd love to hear what you think of their work! Post a comment!


Today the Citizens for Space Exploration from the Cocoa Beach Area Chamber of Commerce had the Blast Off Reception! Next week we will be traveling to Washington D.C to demonstrate our support for space and the vision for space exploration to our elected officials. We had a great reception which included a performance by Chris Kahl with his song "Rocket Boys". John Newstreet from Senator Martinez's office, Cheryl Moore of Rep. Feeny's office, and Fred Kirschstein of Rep. Weldon's office were all there to share kind supportive words to the travelers.

After the reception, I was ready to head home, do some school work...until I realized my keys were in the ignition and all my doors were locked. The first phrase that came to my head was "You gotta be kidding me!". With some great help, someone was able pop the lock with a hanger, and I was finally on my way home after a long day.
Posted by Damaris Sarria Toepel at 8:44 PM 2 comments: