Today I visited Merion Elementary School in Merion Station, PA. I have to say I had the biggest grin on my face as soon as I walked into the building. On my way to the front office I saw this sign the kids had made to welcome me! 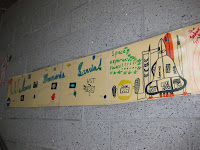 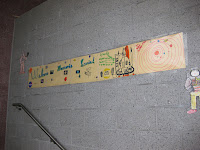 All throughout the school halls there were more signs and in the auditorium as well. Their art work was heartwarming and greatly appreciated! I gave a special presentation to Mrs. Glackman's brilliant 3rd grade class and then to the rest of the elementary school in the auditorium. 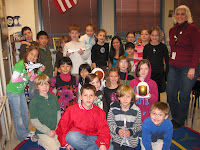 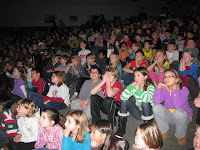 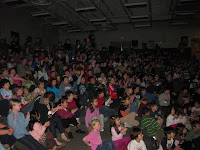 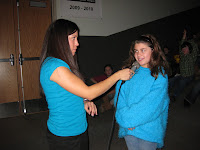 The presentations went great and all the kids were engaged! I tried to answer as many questions as possible, but time was limited. I do encourage the parents or students to post their questions as comments and I'll make sure to answer them! I enjoyed today and I know the students did as well. Now I have some wonderful thank you cards to read through from Mrs. Glackman's class! Thanks everyone!!! 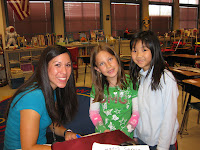 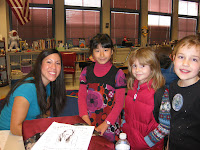 NASA has revealed the 15 patch designs that will compete to become the agency's official commemorative emblem for the end of its space shuttle program later this year. A panel of NASA judges will select the winning artwork to be flown on STS-132, the final flight of space shuttle Atlantis as currently scheduled for launch in May. Before they make their selection though, NASA is giving employees a chance to vote for their favorite.

Collectspace.com is hosting their own voting for the top 15! To cast your vote for your favorite patch, Click Here

85 designs were received in the Space Shuttle Program Commemorative Patch Contest from a wide variety of individuals, including astronauts and former and current civil servants and contractors.

The winning design will be flown on an upcoming shuttle mission, and the winner will be presented with their flown artwork as an award. Click here for the 85 entries that were submitted. The top 15 entries can be viewed here. 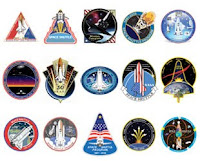 Posted by Damaris Sarria Toepel at 11:13 AM 6 comments: 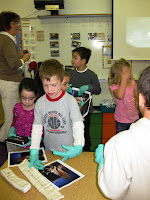 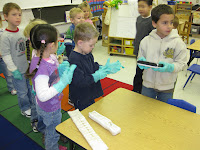 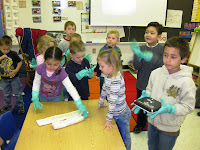 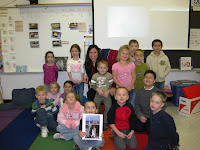 Today I visited Oak Park Elementary in Titusville, FL. I gave the pre-K class a presentation about the space shuttle and launch preparation processing. They enjoyed the presentation very much and got to handle some blankets and tiles. There favorite part of the presentation was watching a video from the solid rocket booster from launch to splashdown. At the end of my visit they were officially shuttle experts as I stuck a NASA sticker on them. We had a great morning!
Posted by Damaris Sarria Toepel at 11:49 AM 1 comment:

Endeavour has begun to roll out to pad 39A!

The official start time for the rollout was clocked at 4:13 a.m. EST. It's very dark out and cold..34 degrees! More photos to come as it gets lighter out.
Posted by Damaris Sarria Toepel at 5:18 AM 2 comments:

Well let's start off 2010 right! I hope everyone had an enjoyable holiday and I wish you all a successful and healthy 2010. I'm every excited about 2010 because it will be bringing many changes into my life. Hopefully before next launch we should be hearing what route our human spaceflight plans will take and we are all very anxious.

Endeavour will begin to roll out to pad A at 4:00am tomorrow! I have my camera ready since I'll be into work shortly after first motion. Launch is still targeted for February 7th at 4:39am.

Today, the external tank that will be used for STS-131 (Discovery) was towed into the Vehicle Assembly Building today. The next launch is targeted for March 18th, 2010.