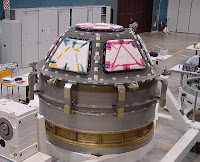 Yesterday's inspections of Atlantis' wing leading edges and nose cap have cleared the heatshield for re-entry. The astronauts are working through a busy Thanksgiving in space testing the shuttle's re-entry systems and packing up for landing tomorrow Kennedy Space Center.

The review of all the imagery was completed last night! There were 4 areas of interest for Atlantis, but all have been declared acceptable for entry. We're assembling our charts that will be presented to the Orbiter Project Office!
Posted by Damaris Sarria Toepel at 11:00 AM 1 comment: 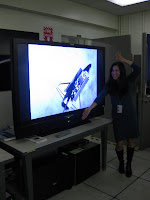 ....and now we wait for the photos to be downlinked to us by the astronauts!
Posted by Damaris Sarria Toepel at 11:06 AM 1 comment:

We will begin to get imagery downlinked from the International Space Station (ISS) soon. Atlantis will perform the rendezvous pitch maneuver (RPM) in about 25 minutes!!
Posted by Damaris Sarria Toepel at 10:29 AM No comments:

Liftoff of Space Shuttle Atlantis occurred yesterday at 2:28 p.m. It was a perfect launch and the weather definitely played in our favor. I leave for Houston today to assist in the review of the imagery that will be downlinked from the ISS of Atlantis. Tomorrow morning we will begin to get the imagery and start inspecting for any critical damages.

I have had a pretty crazy couple of weeks! I've been visiting various schools for a talk on the thermal protection system and I took a major exam yesterday on the combustion course I am taking. After taking that exam, I'm am just a lot more relieved and have a tiny bit more time for myself. :)

Well....off to do my last minute packing so I can catch my flight this morning!!! More updates to come during my week at Johnson Space Center.
Posted by Damaris Sarria Toepel at 7:42 AM 1 comment: 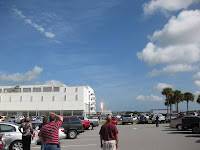 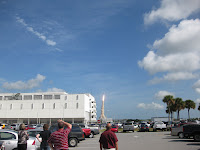 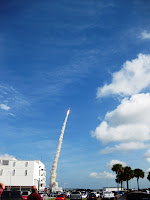 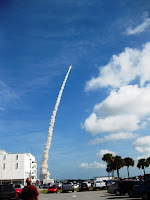 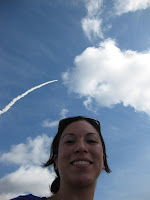 NASA launch commentator George Diller says there will be a press conference at 1:30 p.m. EDT to confirm what occurred with parachute deployment. There is still a lack of formal information on recovery.
Posted by Damaris Sarria Toepel at 12:16 PM 2 comments:

Ares I-X is scheduled to launch today! It has been rescheduled to 11:30am!!
Posted by Damaris Sarria Toepel at 8:08 AM 1 comment: 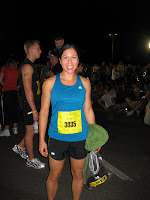 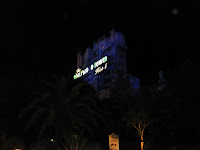 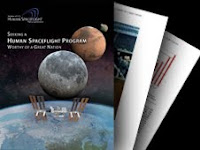 Since June 2009, The Augustine Committee has been reviewing the U.S. plans for human spaceflight to offer possible alternatives. In doing so, it assessed the programs within the current human spaceflight portfolio; considered capabilities and technologies a future program might require; and considered the roles of commercial industry and our international partners in this enterprise. From these deliberations, the Committee developed five integrated alternatives for the U.S. human spaceflight program, including an executable version of the current program. The considerations and the five alternatives are summarized in the following report.

Ares I-X Rolls Out to Launch Pad 39B

Today, the 327-foot-tall Ares I-X rocket, secured to a mobile launcher platform, was transferred out to Launch Pad 39B. The test rocket left the Vehicle Assembly Building (VAB) at 1:39 a.m. EDT on its 4.2-mile trek to the pad and was secured on the launch pad’s pedestals at 9:17 a.m EDT.

Various modifications have been made to transform the launch pad from supporting space shuttle to Ares rocket launches. The modifications have included removal of unique subsystems, such as the orbiter access arm and a section of the gaseous oxygen vent arm, along with the installation of three 600-foot lightning towers, access platforms, environmental control systems and a vehicle stabilization system. 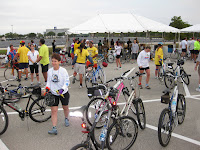 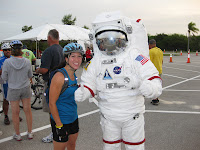 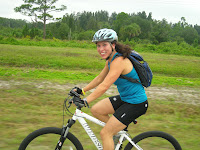 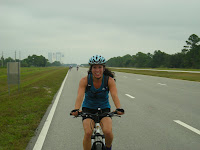 Yesterday, NASA held a Tour de KSC event for employees. It was a cycling event to promote cancer awareness and the benefits of exercise and good health. There were three different tours of different lengths (12 miles, 23 miles and 37 miles) and I managed to complete the 23 mile tour which took us up the road passing the Vehicle Assembly Building and around the perimeter of launch pad B.

This was the first year NASA held the Tour de KSC and it looks like they are going to try to make this an annual event!
Posted by Damaris Sarria Toepel at 7:11 PM 2 comments:

On my way to another building..... 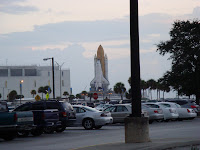 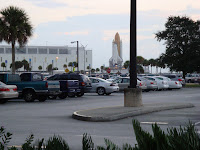 Space Shuttle Atlantis is making its way to the launch pad!
Posted by Damaris Sarria Toepel at 8:18 AM 2 comments: 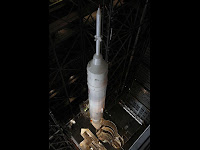 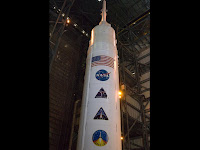 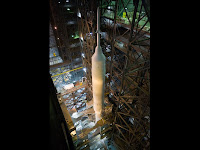 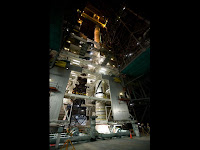 Ares I-X is the first test vehicle in the Ares I development program for future human spaceflight. On October 27th, the Ares I-X vehicle will be used for a suborbital test flight and will be similar in shape, weight and size to the planned configuration of later Ares I vehicles.

The Ares I-X flight profile will closely approximate the flight conditions that Ares I will experience through Mach 4.5, at an altitude of about 130,000 feet.

Provided the Ares I vehicle design is not cancelled after the options presented by the Augustine Review, it is currently NASA's launch vehicle of choice to carry the Orion Crew Exploration Vehicle. On Monday morning, the Ares I-X vehicle will roll out to launch pad 39B.
Posted by Damaris Sarria Toepel at 8:14 AM 3 comments: 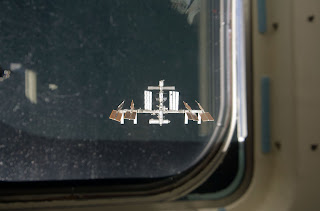 How would you like that view out your window?!
Posted by Damaris Sarria Toepel at 2:32 PM 3 comments:

Yesterday morning, Atlantis made its way over to the Vehicle Assembly Building (VAB) from the Orbiter Processing Facility. Now that Atlantis is in the VAB, the next step is to lift the Orbiter over a transom and lower it where it will be attached to its external fuel tank and solid rocket boosters. Rollout to launch pad 39A of Space Shuttle Atlantis is planned for October 13. 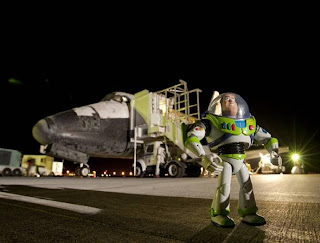 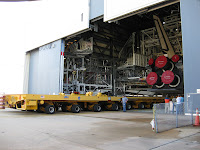 Here's a shot of the Orbiter Transfer System (OTS) slowly moving in under Atlantis. The OTS will transport Atlantis to the Vehicle Assembly Building, which is scheduled for the morning of Tuesday Oct. 7!!!
Posted by Damaris Sarria Toepel at 9:29 AM No comments: